Yesterday, our Mafia Family gathered to spend an incredible time together for a Mafia game among experienced players. Experienced players already know how to play Mafia and effectively use all main strategies of this game. Also, one more thing about them: during the game – they don’t trust each other…

Despite a heavy rain, quite enough people came to the meeting of our illegal English speaking club in Kiev. The hunger for a game was stronger than all the barriers!

Even though the second game yesterday was more thrilling and complicated for all the players, I would like to recommend the first one. 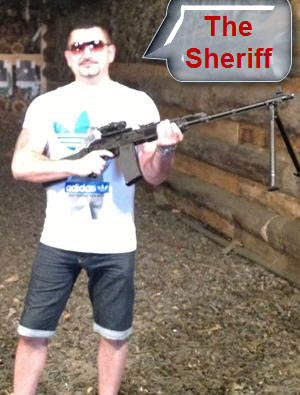 The game was over after the third day. Mafia got a flawless victory even though the “red players” (peaceful citizens) had good chances to win. Sheriff, Mr.Victorious, was alive during all three days and delivered quite intelligent and logical speeches. However, there was a small false step in his game… He checked all the players who were suspicious to him whereas a strategy to check the players who are under suspicion for the whole city is recommended. Still by the third day Sheriff and two checked red players were at the table which was to a certain advantage for the peaceful citizens. It was comfortable for all to get rid of  the  “red” Ms. Enigma, the action that in fact led to the victory of the Mafia (by the way, later on, in the next game she mercilessly killed all the peaceful citizens and received a title of “The Best Player”).

Pay attention to the situation when the whole table gets rid of one player and there are few who object. This means that getting rid of that player is beneficial for EVERYONE, including Mafia team. And most likely that player is a peaceful citizen.

One more interesting issue had been noticed in the excellent game of Helen Marlen and Alessandro. Once, there was a game in which this beautiful couple was in the Mafia team. And, obviously based on the earlier agreement they “blackened” (blamed) each other during their speeches elloquently showing they play for different teams. Red citizens, including me, were confident that one of them was red, but nobody paid attention that both of them were voting together against perplexed peaceful citizens. Thus, as the proverb goes: “the dogs bark but the caravan moves on“. Do you wonder about the end of the story? Besides our “Bonnie & Clide ” there were other nominated players and we were naive to believe that we still have time to get back to them later… “Sweet couple” dealt shortly and effortlessly with us. During yesterday’s evening this strategy again had a success with them. Ask yourself a question: is it bad if your “black” teammate blames you but with this you are sure that they will act in a right way during the vote? 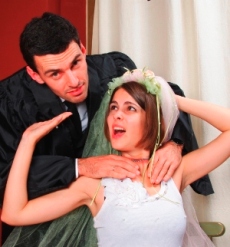 Why do I write all this? Being experienced players Alessandro and Helen Marlen know that it is very important to work as a team in a Mafia game. And they have elaborated a strategy for themselves that works perfectly and both of them professionally perform their roles in that play in a certain situation. Make up your sneaky plan or take into consideration this one. And of course, remember about this dangerous duo during future games. Make them create something new! And I will write another reports after my next defeats with this Mafia gurus.

Big thanks to all for the pleasant evening yesterday and looking forward to our next meetings!!!!

The author of the article: Eugene Bazhenov (known as Tano Cariddi)
August 3, 2013