This material will predominantly be useful to newcomers but also to existing players who are aiming to improve their game and become that super sophisticated player in Mafia.

Imagine that you are at the Mafia table.  The method of play is more or less clear for you.

Never forget that when your  right to speak arrives, it is your best opportunity to show off your brilliant intelligence and maybe even to embody your strategy in the mind of your audience.

What about the periods when I have to be silent? The game doesn’t stop then! Everybody is gesturing, trying to pursuade, manipulate and to form agreement. But you are sitting still, getting just one-two of them. In the mean time, you didn’t even know that there are at least 18 basic gestures in Mafia!

Gestures – both understanding them and communicating with them –  are one of the best tools to being successful Mafia team. They are an important tool in building the most beneficial path at the table. To help you with this unfamiliar tactic, our English speaking club have compiled a small catalogue for newcomers with the most popular gestures. From now, playing Mafia  will be much easier and more interesting for you. To give you an international perspective of gesture usage in Mafia – we have provided you with a comparison between how they are used in Ukraine and in Russia. 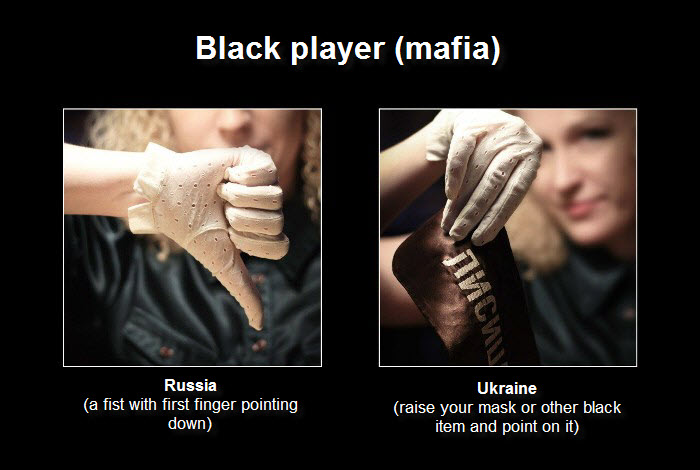 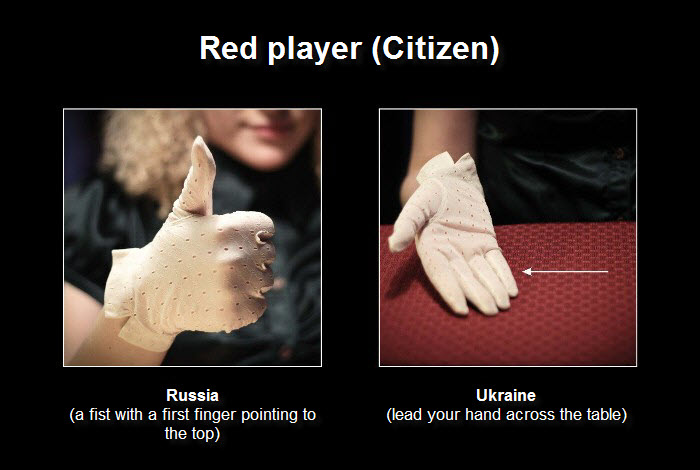 Let’s say, you want to show that player 3 is Black (Mafia), you just show number 3 with fingers and then point to the black color of your mask or another black object in your proximity. 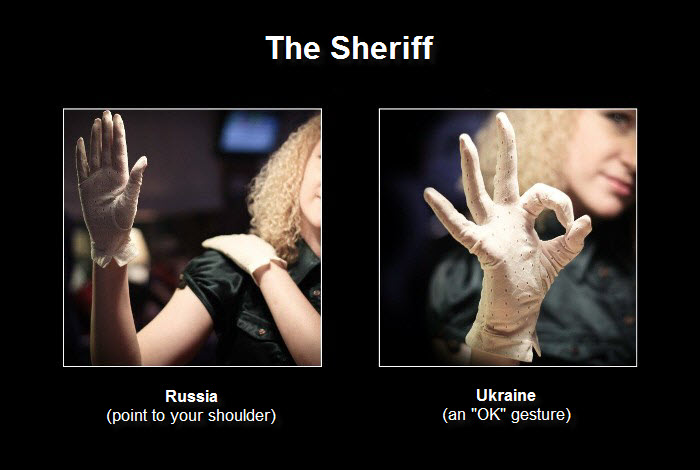 Important: if, during the day, some player shows you a gesture as is shown on the picture above, it could mean the Sheriff checked you during the previous night and found out you were his team-mate, i.e. a Red player. It’s recommended that you nod and give that person a confirmation that you have understood their sign. But, do not forget that this person may be a false sheriff who is trying to gain your trust. 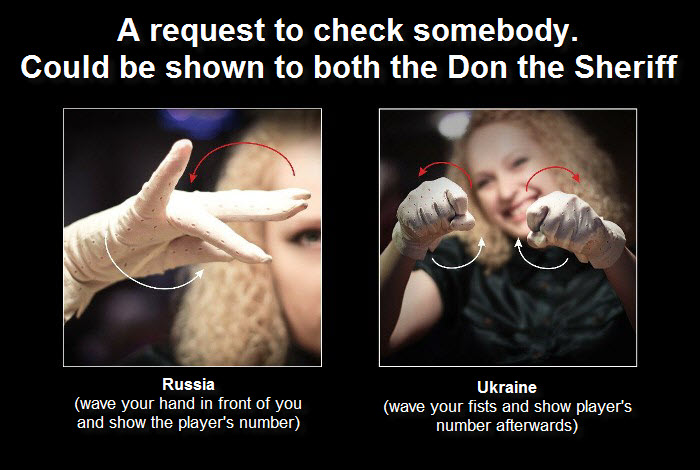 Sometimes, it’s useful for the Sheriff to know the opinion of other players regarding whom to check as a potential Mafia player during the upcoming night. So, if someone’s speech seemed suspicious for you and you want to recommend the Sheriff to check that person – you just show this gesture and players number to all players. The real Sheriff might notice your suggestion and take it into account during upcoming night. 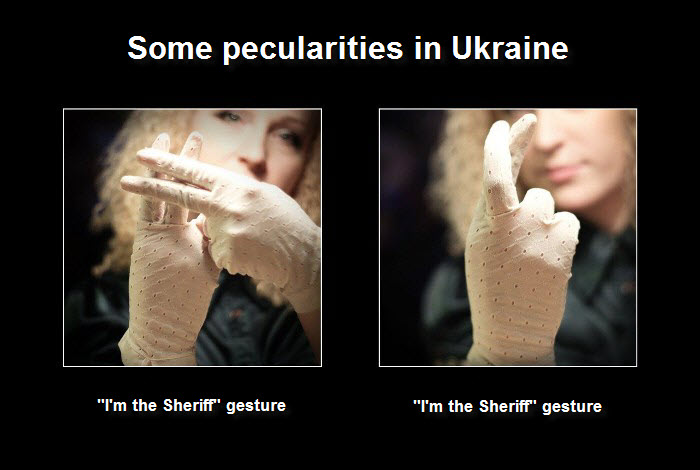 You also could use this gesture when you want all players to know you’re the Sheriff. For example: you feel that everybody is going to vote you off this round. One option is to shout you’re the Sheriff and get a penalty for such behavior. Another option is to show this gesture to all players. At least there will be a possibility that you won’t be eliminated from the game in that round. Also, there are other cases where you might need to reveal that you’re the Sheriff to everybody, and you can read about that in our article “Citizen’s strategy for the 3rd day”. 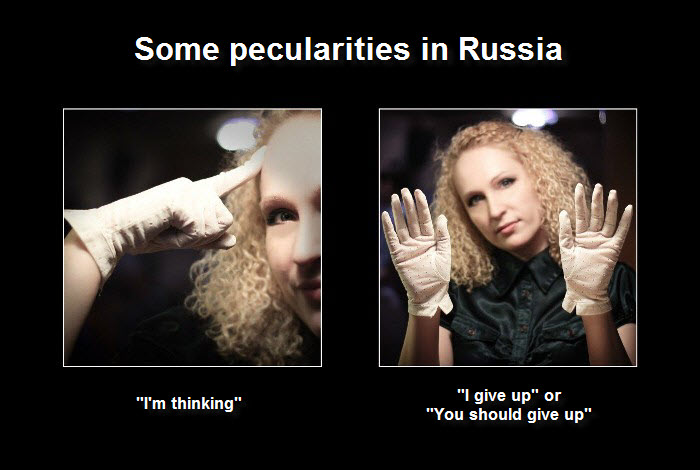 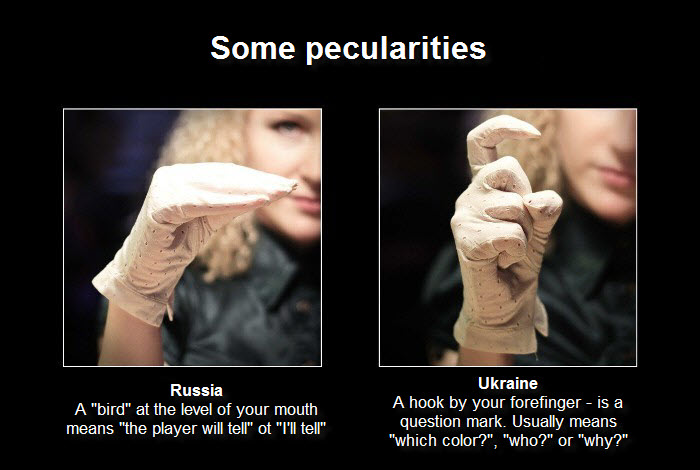 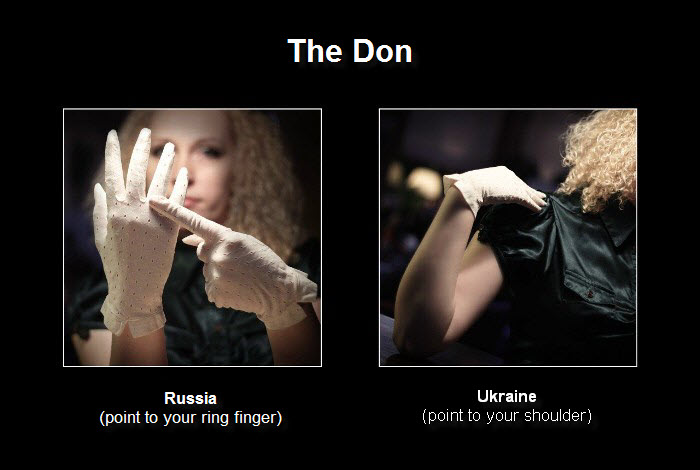 And now, all you you need to do is to join one of our opened events in Kiev.

English Mafia Club – №1 Mafia Club in Kiev. We are the place where can practice your English with interesting people, and in doing so, develop your communication, negotiation and psychological skills .

Welcome to our Family!