This article is part of a training material

«Tactics and strategy of the Mafia game» 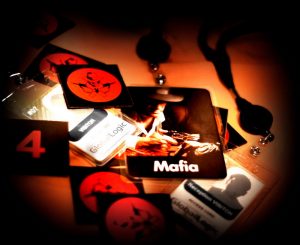 So, the third day of the Mafia game has come. There are seven players at the table (or eight if there was a miss). In both cases the situation is referred to as “critical”, because further elimination of a red player means a loss for the city.

If there are eight players, and during the day a red player (a peaceful citizen) is voted out, any black player (mafia) should just shout, whom to kill during upcoming night and they will be done with the red team. Of course, that player will receive penalty for such behavior, but who cares? They still successfully kill citizen; if three black and three red players are left, this will mean that the black team has won.

In a critical situation, the Sheriff must reveal himself. Most inexperienced players who receive the “Sheriff” card are usually afraid of being killed, so even in a critical situation they hesitate to reveal themselves. The inside joke is: “that kind of player wanted to bring the Sheriff card back home with him”. We usually say, that the “Sheriff” strategy is to die on time, rather than staying in the game till the very end. Nevertheless, the Sheriff is obligated to reveal himself at some point.

If you are the red player, in the morning you find out mafia killed you – you should use your last minute to question the remaining seven (or eight) players whether any of them is the Sheriff. It is common for a black player to falsely reveal himself as a “False” Sheriff in order to protect his true identity as mafia after being revealed by the real Sheriff. Before that moment mafia hopes that they were not checked and after the Sheriffs death they have all chances to win the game. That is why the questioning has to be done before the third day discussion begins, and before Sheriff gives his checks.

Suppose, you were not killed and continue the game together with the other six players. If just one Sheriff revealed himself, you need to play only with that player and to vote according to his suggestions. There is an unwritten rule: whatever you think about the Sheriff, you should play with him and believe him if he is the only one.

If two Sheriffs revealed themselves, then you have to make a choice. Necessarily clarify who was checked and when. Analyze if the Sheriffs’ checks are logical. Believe the Sheriff, whose checks were made on request of the most players. Obviously, you won’t have any questions if one of the Sheriffs will give you as a checked black. In any case, don’t forget about balance principle. If among Sheriffs there is one, who suggested eliminating some player and so he was eliminated on the 2nd day, get rid of such a Sheriff as a guaranty that the game will continue.

Once again about the balance: initially there are more red players then black ones in the game. It means that citizens can afford to lose one red player as a guaranty of killing a black. For that reason, eliminating players from different teams, citizens can reach the victory pretty fast. 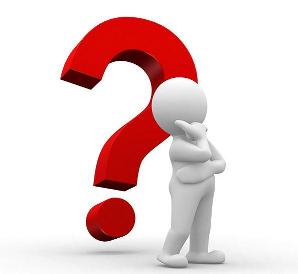 As a matter of a fact, when two Sheriffs reveal, such situation is not very complicated.  If the Sheriff plays with a table and acts accordingly, you can easily find out if he is real by the checks he makes. Don’t forget that the False Sheriff has to give some player as a red one, otherwise there will be too many votes against him. It frequently happens when, for example, the False Sheriff gave player № 5 as red and he shows that the Sheriff didn’t let him know about the check. Usually, when the Sheriff finds the red player at night, in the morning he tells him, that he was checked by a special gesture. Try to recall, whom each Sheriff nominated and whom he tried to vote off. Experienced players can easily find out who is the False Sheriff, if the real Sheriff was a single warrior, but a team player. We would like to remind you, that Mafia – is a team game. So the elimination of a player by “Rembo style” doesn’t really work, unless you’re very lucky and mafia is dumb.

The worst scenario for red players in the critical situation is when the player who was killed during the night says that he is a Sheriff and he has no checked black players.

Red players need to vote together.

The probability that black player will be eliminated is 50%, because the checked red player choses the player from six other players, half of them are red and half are black. Anyway, voting together, you have a chance to eliminate a black player. As a matter of fact the probability of eliminating black player is more than 50%. If you have a good memory to remember who made accusations, who voted one or another way, you will be able to find all the mafia members.

If you voted correctly, you have all chances to win the game even without Sheriff. Remember: in the game without Sheriff, black players are not afraid to vote together. They need just one vote of a peaceful red player to whitewash.  Always keep in mind, that you also can be mistaken, that’s why during the voting, don’t put your hand first.