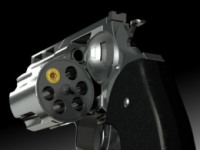 Imagine you’re playing as a black player. You wake up and find out that Mafia missed. Is it bad or good? In many cases it’s pretty bad, but howtoturnthesituationagainstcitizens? All the answers you can find below.

If to play Mafia in Kiev according to professional rules, Mafia team misses quite often. It often happens, because Mafia players don’t see each other while shooting.

So, why black players can miss?

When it can be useful to miss?

Imagine, that there is a critical situation in the game. TherearetwoSheriffs. Peaceful citizens will most likely try to get rid of somebody from sheriffs’ teams. They won’t be after the sheriffs themselves, because they want to see who of them will be killed at night. And if Mafia kills the real Sheriff, citizens will eliminate another Sheriff for balance. This approach makes the choice easier for the citizens in case they have a dilemma. That’s how they will be closer to their victory.

Example. Supposeontheseconddaytwosheriffsrevealedthemselves. Experienced players will leave both of them in order to listen to these players the next day, and to see who will be killed at night. For instance, false Sheriff gives player number 1 as black, and citizens vote him off. Andhere…itwouldbelogicaltomiss.

Theoretically, you can win right after the third day if they get rid of one red player during the vote. But let’s think that experienced players will eliminate the false Sheriff for balance after player number 1 has been killed. On the third night any red player will be killed except the real Sheriff.  So, there stay 6 players with two mafia among them. The situation remains being critical. Here appears the logical question «Why is one of the Sheriff’s still alive?». Redcitizenswillvotehimoffandwin.

Let’s get back to the situation whit 8 players and 2 Sheriffs.

Suppose you strongly wish to eliminate one of the Sheriffs on the second night. Whomtokill and how to play mafia inthiscase? If you kill your teammate – another one will have to leave for balance. And you will be in the same situation as when there are 7 players and 3 mafia. The only difference will be that it will be the 4th day of the game. And the more days there are in a game, the more information red players have for analysis and the right decision. Do you really want to give such advantages to reds? It would be wise to kill nobody during upcoming night and to act according to the scenario, described above.

Remember, a LOT depends on the real Sheriff’s check

Option 1: real Sheriff gave the red player? How to play mafia now? Suppose, players don’t really believe the false Sheriff but two other blacks are not under suspect and can easily pretend red. In such a situation you should kill the real Sheriff on the second night. If he is lucky, he will maximum find one more black. So what? He and the false Sheriff will be killed. The black player will be able to vote with citizens against his mafia mates, remain unsuspicious and win.

Let’s say, it’s the second day of the game. You have two Sheriffs, but you somehow forgot everything that has been stated in this article. Take a look to your Don from time to time and don’t kill anyone on the second night if you don’t get any instructions from him.

Wish you success and interesting victories!