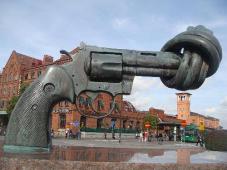 So, you might already know how to play Mafia game, understand the way black players shoot at night, and now you need more advanced tips. Actually, there are not so many basic rules and strategies of Mafia game, and all of them will be given in this article.

You want to eliminate all mafia members from the game. To do that you should listen to each player very attentively and make decisions in advance, regarding whom to vote against. If someone shows you a circle gesture it means: “I am the Sheriff, I checked you at night and you are red, play with me.” To believe this player or not – is up to you. But it is not recommended to vote against him or her the very first day after you got this sign.

Typical mistakes of a citizen:

– They suspect and nominate those, who suspect them instead of those, who is really suspicious. Means that the player’s suspicions are based on the principle: “If you are against me, till the end of the game I will act the same and suspect you in response, no matter whether it is logical or not.”

Suspicions should be reasonable, and based on logical arguments, maybe intuition, but definitely not on emotions. Remember, that red citizens suspect everyone, including you, because they don’t know the roles of each other. Even if someone nominated you, it is not the reason to consider him/her being your enemy. Later on, he/she can become your alley. If you react properly, of course.

– They vote separately. Remember that the key advantage of citızens is their majority. But they need to unite and vote together (like Mafia usually does). You have to be a team-player or die!

– They don’t trust the only Sheriff. If there is just one player revealed as a Sheriff – you have to believe him and vote together with this Sheriff!

Strategies for the Sheriff

You got the Sheriff card? Follow the next recommendations:

– do not show who you are during the first 2 days of the game;

– check that player who was the most suspicious to other players;

– if you found a peaceful citizen – try to show him a circle (but very carefully, not to be seen);

– if at night you found a black player – by all means nominate him during your speech and provide the table with the logical reasons why, in order to gain support of other citizens;

– you MUST reveal and tell the table that you are the Sheriff on the third day (when there are 7 players left in the game). 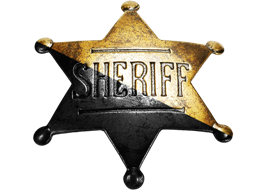 – don’t reveal themselves till the last moment. “If I reveal, mafia will kill me!” Remember, the Sheriff’s goal is to die on time, but not to survive till the end of the game. The information that you receive from Moderator at night is more valuable than your life in the game. If there are 7 players at the table – you have to reveal as a real Sheriff and share your checks.

– don’t reveal themselves accidentally during the speeches at the beginning of the game. For example, inexperienced Sheriffs often say something like “I will check player number two and figure out his role”. Or when someone recommends Sheriff whom to check, he nodes, meaning “I got it”. In such cases experienced mafia will easily change the order and kill you at upcoming night.

Lie till the last moment and NEVER confess about your mafia role. If you confess – citizens will immediately remember those whom you suspected from the beginning of the game and figure out who the mafia players are.

Try to vote together with your team. Especially do not vote against your mafia teammates if possible. You only should vote against them if you see that most of the players suspect your mafias. It is quite a good idea to support the “crowd” and pretend to be in a peaceful citizen like all the others.

There is a number of unwritten rules in Mafia. Reading them will be extremely useful for you.

Well, this is all basic information. It is better to learn more complicated and sophisticated Mafia strategies after you put into practice the above mentioned advice.

Wish you to have good games!