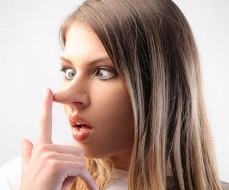 People of all nationalities lie in the same way. Patterns associated with “suspect” behavior and the manner in which they lie are typical in lots of people, no matter where they’re from. Here we will present the most frequent psychological mistakes that Mafia newcomers tend to make…

1. Everyone is so good – nobody to suspect!

Symptoms: when the player considers everyone to be a Red (Citizen) and doesn’t call anybody Black (Mafia) in his speech.

The motive of the lie: each of us is afraid to make enemies. Surely, you won’t try to accuse your Mafia teammate?! At the same time you’re either afraid to accuse peaceful citizens or you are ashamed to do so. As a result, our “liar” calls everybody Red. It turns out that for him there are no Blacks at the table… Suspicious, isn’t it?

How to avoid this mistake? Choose a couple of citizens, whom it is convenient to blame during the current circle and start making them the scapegoats. While speaking, act like you are in deep hesitation. Acting that way will leave you a chance to change your mind if something goes wrong. Basically, it will be easier to play Mafia if all the accusations are concluded with a diplomatic reservation. So, just be fishy and careful.

Symptoms: whilst sharing their suspicions, the player doesn’t directly claim – for example – that “this player is definitely black for me”. Rather, the player states: “I have a plenty of reasons to suspect player number 3, that’s why I think he is “grey” (it means that he is something in between Black and Red)“. The speech would make more sense if one alleged: “ YOU ARE  Black – I suspect YOU!”. In summary, if a player uses halftones like “grey”, “not really red” – chances are, they’re a Black player.

The motive of the liar: the same as in the previous point: it is disconcerting to accuse both – own teammates and innocent players.

How to avoid this mistake? If you suspect someone, use such phrases as:
“this player is most likely Black, but I may be mistaken”;
“as for me, this player is Mafia, but I’d be happy to be wrong”;
“it seems to me that he is playing against the Red team; usually mafia acts that way”.

Use “halftones” only when you genuinely believe that there are both strong and weak points in a player’s behavior.

Symptoms: during several day cycles, a person analyzes other players but at the same time regularly skips one or two people, creating gaps in his analysis. If you ask this player: “why do you keep skipping those players?” – he or she will have a hard time explaining themselves.

The motive of the liar: the psychology of Mafia tells us that usually people don’t want to comment about the words or actions of their Mafia teammates. Because they will have to lie.

How to avoid this mistake? Comment on all the players. If your Black teammate gave a good speech, speak about it in detail. If the speech was bad – criticize it. You can even carefully allege him to be Mafia. The main thing is to provide a reasonable justification for suspecting someone – rather than making arbitrary judgements, which end up making you appear suspicious.

4. “There is a Mafia member between these two!” 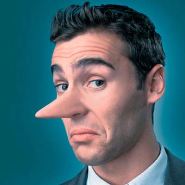 Symptoms: whilst playing the mafia role, the person alleges: “somebody is definitely “Black” between these two players”.

The motive of the lie: usually, the aforementioned claim is a true one. The logic of the accuser is : “I will accuse them both, but will nominate/vote against the Red one. So I’ll stay “clean” whilst still remaining faithful to my Mafia role”.

How to avoid this mistake? Try not to use this strategy. If you have already started, you should nominate one of them and ask the table to nominate the other on the basis that more time is needed for making the right decision.

Symptoms: let’s say, a lot of players blamed a player, and the accused gives up without a fight. The player becomes submissive and defensive, stops suspect anyone, and appears to simply wait for their miserable fate.

The motive of behavior: there are some players whose conscience is clearly evident in the game…

How to avoid this mistake? Do your best to prove that you are Red. Try to imagine that these people are going to kill you for real. And remember Churchill’s advise (especially if you are going to come to our English speaking club in Kyiv):