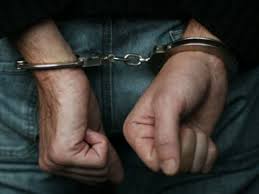 Meaning: If someone is caught red-handed, they are caught in the act of doing something wrong such as cheating or stealing.

You can practice this idiom soon at one of the English Mafia Club’s upcoming meetings: https://englishmafiaclub.com/events/upcoming-events