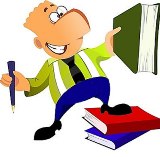 What to say when you play mafia game in English?

Newcomers at English Mafia Club in Kiev often ask “what are the key words and phrases we need to know to play Mafia in English? ”

Actually, here is an answer…

Firstly, there’s no point in proceeding unless you have first learned the  rules of Mafia as well as the basic strategies. If you’re already here though, you are probably familiar with them by now as well as some of the  common jargon.

So to take things to the next step, here is a list of more specific phrases which you may find handy for playing the game.

Beginning of the game

When it is your turn to speak, you should share your opinion about other players. You’re supposed to make it clear whom you suspect is Black and whom you believe is a Citizen.  While others are speaking, you are silent and communicate only with gestures. You can share your opinion  in oral form only during your speech.

Or you can say:

After making the accusations against someone, back your claims up with reason; for example:

“I think player 1 is nervous. His body language suggests he is Black”;

It’ll be better to appeal to players to support your nomination. This can be expressed as follows:

“Accordingly, I nominate player number one. Let us vote him off”.

Try to close your speech with “thank you”, and remember to first nominate the one whom you suspect the most.

Let’s say, it is the third day of the game and you, whether an honest or a false Sheriff, are going to tell everyone about your role. How to you communicate this in this best way?

“I am the real Sheriff of the game”

Then, you ask the Citizens to vote against player number 1 and nominate them.

” I nominate player number 1. Citizens, please let us vote together against player 1, because he is definitely Mafia”.

If you were killed during the night, then tell everyone whom you suspect. If you were a Sheriff – remember to share your checks.

If you were killed during the day by the city vote – it’s a different situation. You can still share your suspicions, but now be aware that  the city are less likely to trust you. Nonetheless, you should do your best to convince everyone that you were Red. Here is what you might say:

“Dear citizens, you made a mistake, because I was citizen”.

And then say whom you suspect as Mafia.

These phrases might be enough to play Mafia in English.

If you are still uncertain you can write down these phrases on a piece of paper and refer to your notes during the game.