This article is a part of training material

«Tactics and strategies of the Mafia game» 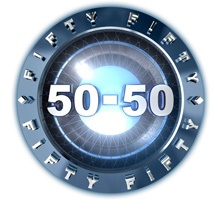 Let’s consider the principles of the game, when there are just 3 participants are left at the Mafia game. This kind of situation is usually called as a “gamble game”. So how to make the right “bet” in such a case?

Remember the unwritten rule – everyone should be nominated.
When the player doesn’t nominate anybody in a gamble situation, it is rather black move then the red one. Sometimes experienced players can divide the table, voting against themselves.

So, you, players number nine, one and two are the only ones, who is left at the table. Suppose your candidacy is the last one. Player number 1 voted against player number 2 and 2 voted against 1. It is clear to each of them, that being “black” (mafia), you would add your second vote and win.

Each of the left players will do their best to convince you they are citizens, bringing forward the arguments for their own benefit. Having voted against yourself and divided the table, you will be able to listen to both players and get more information for better understanding of the situation. Still, non necessary you will figure out how to play Mafia and win after all. But be sure you will increase your chances.

In this example both red and black players saw you being red, most likely you did a number of right steps and nobody played against you. So, in such a case it’s up to you. Your chance to get a victory for the red team is 50%. But how to build your strategy if both of players think that you are black? And moreover you know you won’t convince the red player to vote together with you? There is no reason to wait till they both vote you off and red team will lose

You probably can change the way game goes, but the victory probability chances will stay the same. It’s a “provocation” kind of method. Experienced players usually use it. The provocation will be more successful if you speak first.

When your number is 9, players 1 and 2 both see you as mafia. It happened that in one of the days, you voted together with a mafia player or made an confusing move. You are confident that you will be eliminated, so try to make a provocation to a player who is the blackest for you.

For instance, you consider player number 1 to be black. You should make player number 2 vote with you. If you speak first, nominate player number two, who is red for you. Do your best to blame him as hard as you can, remind his actions, which he has done, make up some phrases that number 2 “has said”. Try to make player number 1 think that you will vote against 2 for sure. Remember to suggest to nominate all players. If some player nominates nobody – they are black. It’s in case if player 1 nominates you, and 2 will not nominate 1, being sure that you are black. You even can give some advice to the first player to nominate his candidacy, mentioning that second will nominate you in any case and this way all players will be nominated.

Suppose, all three candidates are nominated, and due to you, the voting is held against player number 2, presented by you as black. As soon as the moderator asks who is against player number 2, wave your hand, imitating the vote, but don’t put it in the table. I assure you, that number 1, if he is black, will vote against 2. He doesn’t care whom to vote off this round. Of course, player number 2 will understand that being back you would win the game voting against him together with number 1. He will get your color and vote together with you against the first player. That will bring you a victory. At least, it happens like that in our English speaking club Kiev. If you made a mistake and player number two is black, just take the loss.

Anyway, with your provocation you have 50% chance to win, instead of waiting till those players who has left at the table will vote you off and the loss will be guaranteed with all 100%. Risky, but the following applause and title of the best player will compensate you tension!