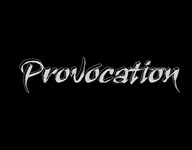 Playing Mafia Game on the Edge or Revealing all Mafia by a Provocation!

Imagine the next situation: the Sheriff was killed on the first night and the red team now is thinking that the only game strategy they has is a guessing. But, there’s an effective method to identify the whole “black” group on the second day! There’s no guarantee, of course, but chances are high.

A blind situation with a useless Sheriff

Let’s say, a player 1 was a real Sheriff, who was killed on the first night. He checked player two as “red”, which no one suspected. Unexperienced players often check people sitting beside them. The whole town might ask to check a suspicious player, but the Sheriff would check someone near him. To put it short: the Sheriff is gone, yet even before he wasn’t particularly useful. WHAT’ TO DO?

Making a Provocation for the False Sheriff

For example, player 3 plays “red”. And this Citizen starts the second day with the statement that the table has one more Sheriff. It’s still unclear whether he’s real or not but it’s too early to apply balance to him. Therefore, player 3 suggests to concentrate on the other candidates to the Mafia team. Now we’re waiting for mafia to take the bait…

How exactly does Mafia accept this provocation?

And the third player seems like knows about Don’s dirty tricks. And now the “blacks” start to think in the following way: “Aha! Our Don is going to reveal himself as a fake Sheriff, therefore we’ve got to support him and provide him with safe conditions. We have to pave the way for him by insinuating that the first player killed could have been the false Sheriff.”

As a result, there will be players supporting the idea of one more Sheriff in the game.

It’s even more delightful if there are three of these supporters (three from the mafia exactly). The further victory for the “red” is strictly technical.

Advices for Reds how to react on provocation.

If you see a player three to make the bait – play up to him! Tell that you don’t know what happen but it’s not necessary to kill the theird player yet. More often such provocations will make only a red player.

However, you should not make any categorical statements while you’re supporting this or that point of view. Even if you’re 90% sure that the first one was the Sheriff. Let the Mafia have a chance to grow confident and reveal themselves all together due to a careless behavior of one of the blacks.

Now that the Sheriff is gone, Mafia can be find out only during the day. Therefore you’ve got to use tricks, provocations and observation.

Several advices for Blacks how to react on provocation 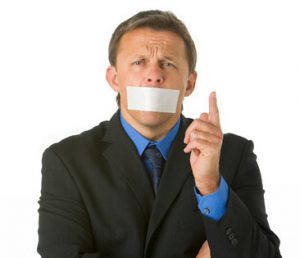 First of all, use the tips for the reds written above.

However, there’s a risk that one of your black companions may be careless enough to make a mistake that will reveal your entire team and yourself. In order to avoid this try to hint in your speech that even if there’re two Sheriffs, you’d rather believe the first one. Also, tell that you liked the speech of the third player (the one who’s making the provocation) and that you will play together with him. So, you’ll protect yourself from a potential false Sheriff and will get into the “red” team list.

For those who like risk: say that you don’t believe in the appearance of false Sheriffs, as the first Sheriff was convincing enough. You may also add that it’s pointless for the false Sheriff to appear at all, if he wants to be safe. And if the third player has noticed anyone, he should tell about his observations, so that the table could kick out the black player during the same day. Otherwise, “we will decide”, that the third player are planing to reveal as the false Sheriff himself.

The key risk in such announcements is that experienced players would understand your “code” for Mafia. This “code” can be put in other words as: “Hey, Mafia guys, sit quiet and never mind this false Sheriff business. But even if any of you uncover himself, we’ll kick him out with the help of the third player and afterwards win the game with the rest of the team. As for you, number three, tell us quickly what you know and we’ll be able to outstrip”.

Basically, your behavior depends on the situation. If there are many experienced red players at the table – it’s safer to play up to the third player. If you feel that there’s an opportunity – follow the last advice. This way you can save the whole team and get the victory.

GOOD LUCK WITH YOUR GAMES!